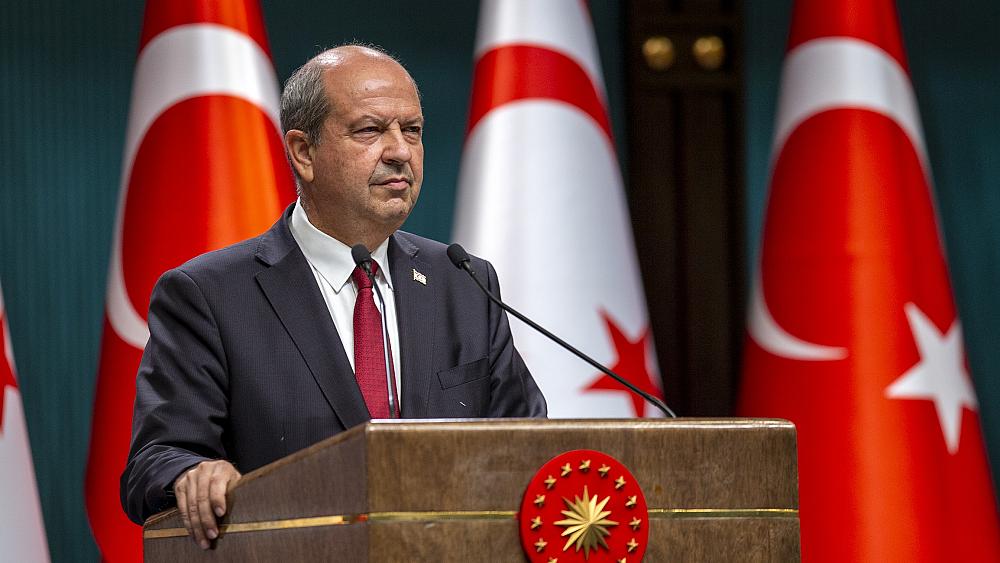 Prime Minister Ersin Tatar has won Sunday's presidential runoff in the Turkish Republic of Northern Cyprus (TRNC) with 51.74% of the votes, according to unofficial results. Narin Ferdi Şefik, the head of the Supreme Committee of Election, announced that Tatar, the presidential candidate of the National Unity Party, won the second round of the public vote. Independent candidate Mustafa Akıncı, who is the incumbent president of the island, bagged 48.76% of the votes, Şefik said, adding that official figures will be announced later tonight. Turkey's President Recep Tayyip Erdoğan congratulated Tatar on Twitter and said that Ankara would continue efforts to protect the rights of Turkish Cypriots. The two leaders later also spoke on the telephone, during which President Erdoğan said that Tatar had managed to emerge victorious "during a difficult period," thanks to his vision and leadership. President Erdoğan said he believed "the harmonious cooperation displayed Ersin Tatar's premiership in every area, particularly regarding the hydrocarbon activities in the Eastern Mediterranean and the TRNC's development, will be maintained with the same determination." Tatar appears to have benefited from a higher turnout in the runoff, managing to rally supporters from the approximately 200,000-strong electorate who may not have voted in the first round. Round one: Turkish Cypriots were voting to elect their president for the next five years. In the first round last Sunday, Tatar had the lead with 32.34 percent of votes, while Akıncı had 29.80 percent. However, as none of the candidates got more than 50 percent of the vote, Tatar and Akıncı proceeded to round two, alone. Election authorities announced that over 199,000 registered voters are eligible to cast ballots in 738 ballot boxes. Covid-19 measures: A total of 2,658 people appointed by election authorities were on duty at polling stations. The voters wearing masks were allowed to enter polling rooms and staff provided them gloves. Staffers also ensured compliance with other coronavirus measures and prevented crowds during the vote. Opposing views: While Tatar defends the idea of a two-state solution in Cyprus or a two-state confederation with the Greeks, his rival Akıncı insists on the federation system. Tatar opened the coastline of the touristic city of Maraş, which has been closed for 46 years, to civilians. Akıncı had strongly opposed the opening of the city under the Turkish Cypriot administration. The leader will determine the direction of the Cyprus solution negotiations, the energy and sovereignty struggle that has recently marked the eastern Mediterranean and the future of the Maraş initiative. Peace talks: The first major test for the winner will likely be a meeting hosted by UN Secretary General Antonio Guterres that will bring together the two sides with Cyprus' three "guarantors," Greece, Turkey, and Britain, to scope out the chances of resuming frozen peace talks. The Mediterranean island has been divided between TRNC in the north and the Greek Cypriot administration in the south since 1974. Offshore gas exploration around the island, part of a wider battle for influence in the eastern Mediterranean, has seen tensions soar between Greece and Turkey.